These are translated by Google Translation. Please refer that I will do modify later.

There are three things not existed in Dubai.

In Dubai, there are no individual income taxes dedicated to the province, nor are there any corporate taxes paid by foreign companies. For salary workers like me, it could be like heaven because you would get a whole budget without a tax. 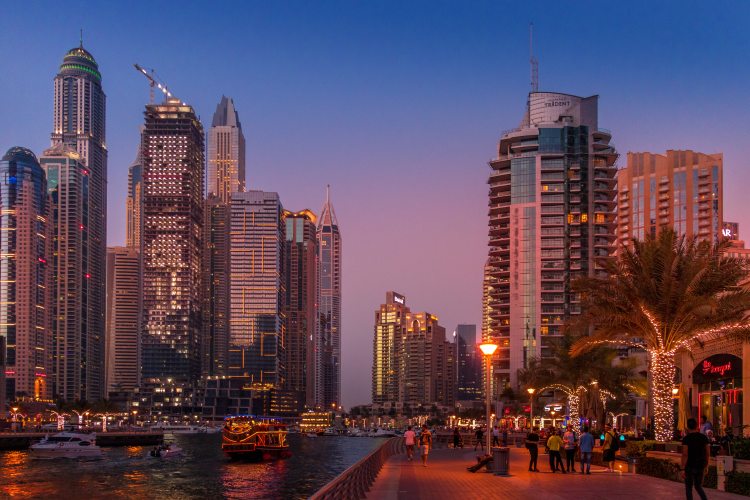 There is no oil in the rich countries of the Middle East … What are you talking about? The Gulf Coast (GCC) is not that all countries have become rich countries with oil money. Abu Dhabi (currently UAE capital) in the United Arab Emirates has a lot of oil, but Dubai does not have enough oil or natural gas to make money. In other words, Dubai is an environment in which oil cannot be produced, like Oman or Yaman, but GCC and poor living conditions.

Lastly, Dubai is all about money as any other worlds are. Money is everything. Most facilities are made artificially, and living expenses and labor costs are very high, so if you do not have enough money, you will not be treated properly.

Dubai is itself a huge platform.

Middle East Asia. Literally, means the center of the world. In other words, when Europe was the center of human history, East would have been India for them and the Far East would have been about China, Japan, and Korea. South would have become Africa for them. East East, Far East, South, Europe is the Middle East Asia, which historically has been a trading ground between East, West, and South. Dubai is a place that has benefited from such geographical and historical advantages.

But what was interesting was that Dubai was the only place that could develop such a geographical and historical location? There are Kuwait, Saudi Arabia coast, Bahrain, and Oman and Yemen. Why Dubai? As mentioned earlier, Dubai is a place where oil does not come out. Dubai, where no oil came out, was merely a place for trade in India and Pakistan, selling silk, cashmere, and spices to Europe. The place of this trade has evolved into a platform. It is not a dictatorship, it is a kingdom, it is a political system in Korea and the Chosun Dynasty.

What they did most was making it difficult for many companies to do business by eliminating tariff barriers. The second is to have a variety of infrastructure and business rules to keep businessmen happy. In other words, it attracted them well equipped with facilities of transportation/communication infrastructure, places of trade, hotels, shopping malls, education, and hospitals. Perhaps early in the year, renowned hotels, restaurants, and coffee shop franchise brands might have given incentives to attract business.

For example, in the case of traffic facilities, Dubai has created a subway (public transport) called Metro, despite the small number of inhabitants. We are also making light rail. There is little public transport in Riyadh to the more populated Saudi Arabia. And it operates a huge number of taxis. Of course, these taxi drivers are from India, Pakistan, and Bangladesh. In addition, the mall is decorated with splendid decorations, and the show is free of charge every night with spectacular lighting and fountain shows. In the meantime, people prefer Dubai to Dubai one by one. In the absence of natural resources and tourism resources, artifacts are created and seduced. Only a handful of tourism resources would be free to open up, which would have had the effect of allowing tourists to stay a day longer, even at the beginning of the operating deficit.

Once the traffic is gathered, the time spending is increased, and business partners are in place, the ecosystem of the platform (platform), where foreign workers with cheap labor to find a job, And power. From that time on, it is possible to make its own business model. Various tour tours, entrance to museums, performances, restaurants, liquor sales, and so on.

If you were thinking about punishing money from the beginning, you would have to pay customs fees, fees, admission fees, and taxes. In the early days, however, the deficit would have waited for the long-term platform vision, collecting traffic from an investment perspective. You would have thought that there would be profit from the time the platform power came into existence. After all, people will be able to make money here because they will spend money while eating, sleeping, playing and watching. (Partially charged)

After witnessing the success of this Dubai platform, Doha, Qatar’s capital, is now following it. Qatar can be said to be able to eat well enough without worrying about the Nara platform business, which currently has the second largest GNP ($ 104,000) in the world with its oil and natural gas at http://en.wikipedia.org/wiki/List_of_countries_by_GDP_(nominal)_per_capita. However, in preparation for the future of oil depletion, the current government is investing heavily to become an education city, a media city, and a sports city. We are working hard to build infrastructure for collecting traffic. Bahrain, on the other hand, is rewarding efforts to recreate the glory of the pre-Dubai era.

Countries that do not have a vision of the city’s platform and who only believe in natural nature like oil (eg Saudi, Oman, Yemen) will be lagging behind. Indeed, many of Saudi ‘s codes go to Dubai every weekend to shop, entertain and consume money. It is because it is inconvenient to stay in the country variously. What it means to be lagging behind here means that one has to go to another country and earn money by doing less important things in inferior conditions. (In the GCC, it may be important for individuals to work harder than the concept of nation and state. It is presumed that the situation in Korea may be different but from my point of view,

It is not uncommon for our industry to see Dubai as a platform for a huge city. (Despite the signs of an economic crisis due to short-term cash liquidity issues, he is actually highly valued by the king of Dubai among the Arab states). In Korea, too, the wrong policy (for example, the game four addiction laws …), and how and when the lower-class people may be left behind. In other words, you have to go to Shanghai to get money and drive a taxi, or you have to go to a hotel in Hong Kong and have young women knock on a hotel room with meals and housekeeping with Ukrainians and Pakistanis.

Korea still has to learn more modestly and run more. Because Korea has more than three things, but there are more things than nothing.

I have been working for Global Technology companies and a mobile platform company over 18 years. Most recently, I have been working for KAKAO (#1 Mobile Platform in Korea) developing a business model and global expansion strategies in the Middle Eastern and European regions as well as a wide range of human networking business relationships. Therefore I can provide insight from various perspectives. With my experience and global network, I am working with 3 startups and 1 accelerator group as an individual investor and global business development. Now, I am living in Palo Alto to serve as a bridge between Silicon Valley partners and the East Asian market. View more posts